Many visionary researchers in the integrative cancer world have come to the same conclusion. Cancer is systemic, a disease of the whole organism, not just localized in the tumor. The tumor is only a symptom, not the disease itself. Dr. Josef Issels, a world-renowned integrative cancer doctor and one of the early adopters of alternative and off-label medications for cancer treatment in the 1970s stated that "The cancer disease exists before a tumor forms."

This explains the very poor success rates of treatments that only attack the tumor, because two-thirds of cancers have already metastasized when a tumor is diagnosed. His belief is that traditional oncology success rates will never exceed 20% while their focuses are tumor-specific.

More importantly, The major medical journal Clinical Oncology, in 2004 state that the contribution of cytotoxic chemotherapy (traditional chemotherapy) only makes a minor contribution to cancer survival in adult malignancies, estimated to be 2.3% in Australia and 2.1% in the USA. The concept continues that traditional cancer treatment has extended overall survival rates by approximately 2 months in the past 50 years.

This is not acceptable. Again, the medical journal Clinical Oncology seems to agree. The 2004 article goes on to state that to justify the continued funding and availability of drugs used in chemotherapy, a rigorous study of the cost-effectiveness and impact on quality of life is urgently required.

In other words, Chemotherapy doesn't work as well as it should and traditional Oncology is not saving nearly enough lives. This brings us to the concept of today's blog post.

Ammonium tetrathiomolybdate, often called TM for short, is a drug that was initially developed to treat Wilson's disease, a disorder associated with copper accumulation in the body. The body does need copper as a micronutrient, but in certain patients who have Wilson's Disease, excess copper causes significant problems unless it is removed or chelated. Chelation of toxins such as metals like mercury or copper, allow them to be properly eliminated from the body. As we see with many prescriptions, when the patent on a drug runs out, newer drugs replace it and the original drugs are often forgotten.

In 2015, researcher Dr. Linda Vahdat, MD at the Weill Cornell Breast Center in New York, started working with Ammonium TM to see how removing copper could impact tumor environments, with a goal of providing a novel new cancer treatment for those often showing the worst outcomes with medical treatments such as Triple Negative Breast Cancer. Triple Negative breast cancer is when they are not estrogen+, progesterone+ or HER2+, which eliminates a majority of treatment options for these patients from a medical oncology perspective. Dr. Vahdat presented results of a early phase trial showing that targeting the tumor microenvironment with a copper-depleting agent, ammonium tetrathiomolybdate, created an environment which promoted tumor reduction in patients with breast cancer, again with the most effective results showing in those with triple-negative disease.

More recently, research has uncovered the role of copper in angiogenesis - the formation of new blood vessels which supply cancer with nutrients needed for it to grow. Angiogenesis is one of the key requirements of cancers, and it turns out that copper is required for angiogenesis. As such, if we reduce the amount of copper in the body, the cancer will be deprived of a very important nutrient it needs to survive.

I routinely check blood levels of a wide range of nutrients with our cancer patients when supporting the integrative cancer patient. A specific blood level of copper, known as ceruloplasmin, can be tested which tends to show in the presence of cancer as an abnormal elevation. The use of ammonium tetrathiomolybdate (TM) is as an off-label agent in cancer, with the express purpose of chelating copper, which allows us to reduce copper to a much safer level. The ideal copper levels allow us to prevent or greatly reduce angiogenesis, but we need some copper in the body for normal cellular processes.

Our clinic's medical providers are able to provide prescriptions of Ammonium TM for our patients who need it, and we are able to track zinc, copper, iron and ceruloplasmin levels to ensure that safe levels are reached and maintained.

Ammonium TM is no longer commercially available, as the company who owns the patent is a foreign company who only provides access for Wilson's disease. Because of this, TM must be compounded by a compounding pharmacy with expertise in it. Our clinic now has access to the only pharmacy in the United States which provides Ammonium TM prescriptions for cancer patients looking to reduce copper levels. It is important to understand that Ammonium TM not only chelates copper, but does act as a chelator of iron as well, so we monitor iron levels regularly. However, it is a very safe and well-tolerated drug which can be taken long-term.

Our experience has shown striking results, which are similar to those results currently shown in clinical trials. Significant reduction in tumor size, and even progression to what is called NED - No Evidence of Disease status in several of our patients.

Reach out to learn about the results the trials have shown and specifically how you can consider adding Ammonium Tetrathiomolybdate / Ammonium TM into your integrative cancer regimen through our clinic's support. To learn more call Lake Norman Integrative Wellness at 704-987-3993 or reach us online at www.DrAkibaGreen.com. 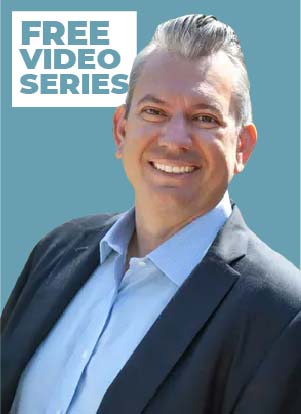 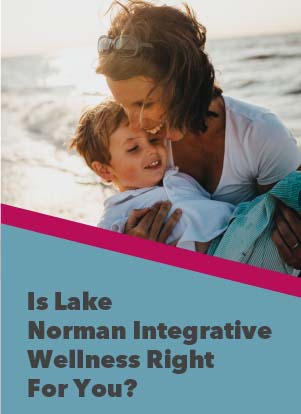